“Former nomadic musician Jimi-Jeff, friend to the Hendrix family, has found a home in Humboldt”

Jeffery Leon Robinson was born in Kentucky back in the mid-1950s knowing from a young age that music was his calling. All these years later, we here in Humboldt know him by a different name: Jimi-Jeff.

Known locally for rocking that old-school funk, blues, R&B and rock, Jimi-Jeff and his Gypsy Band have been rocking everything from Jimi Hendrix to Prince.

“We were poor growing up,” Robinson said. “I was the youngest of five (siblings) with a single mom.”

Robinson’s mother always worked hard and taught him and his siblings to be strong and independent.

“For a long time she really wanted me to be more like my older brothers and get a good job and maybe have music as a hobby, which didn’t work for me,” Robinson said. “Although today and for the last 24 years she’s been happy with my choice.”

While a pre-teen, he picked up bass guitar from a gospel player who played at his mother’s church. Then, when he was 14, he heard his first Jimi Hendrix album — the pivotal moment when he knew he wanted to be a great guitarist.

“Hendrix inspired me with the sounds that he was making,” he said. “I never saw him live, but I fell in love with what I heard.”

After that, the guitarist remembers the first full song he learned.

“Besides gospel stuff, and I don’t remember much from then, my first song on guitar was ‘Sittin’ on the Dock of the Bay’ by Otis Redding,” he said.

For the most part a self-taught guitarist, Robinson knew that in order to get work back then as a black musician he’d have to learn funk, R&B and blues — so he did. By the time he was in his mid-20s, he was on tour in Alabama, Georgia and Tennessee.

“Back then I played with Lucky Scott, the bass player for Curtis Mayfield on his ‘Superfly’ album,” Robinson said. “Today, looking back, I love the fact that I actually played the Chitlin’ Circuit (a string of Southern performance venues that were safe and acceptable for African-American performers) and was well liked. While doing it, I didn’t even know I was playing the Chitlin’ Circuit — I don’t even think it was even called the Chitlin’ Circuit then, not to my knowledge anyway.”

By the mid-1980s, after Robinson had performed practically all over the South, he headed up to Chicago to tap their famed circuit. That was when he had the opportunity to play with folks like Buddy Guy and Junior Wells and really anybody who needed a guitarist.

“Honestly, when I played with Buddy Guy and Junior Wells I didn’t know who anyone was,” Robinson said. “My first gig in Chicago was with Phil Guy (Buddy’s brother) and the very next day I was playing with Junior Wells at the Checkerboard Lounge.”

In Chicago, the standout musician just took the calls as they came in for gigs. And the calls came from Koko Taylor, Buddy Guy, Lefty Diz, Lee Shout Williams, James Cotton and others.

“At the time I really did not know who these people were,” Robinson recalled. “It was later on that I realized I had played with some of the best bluesmen in the business and walked away on my own in search of my own dream. But, man, I’ve got to tell you, there was so much power on those stages back then. You could just feel the vibe. Some of the best times of my life.”

When the old-school rocker decided to leave Chicago, he chose to move to Minneapolis, Minn. where he started his first group, The Jeff Robbins Blues Band. In Minnesota his skills eventually caught the attention of Buzzy Linheart (who played vibraphone on the Jimi Hendrix record ‘Cry of Love’). That was when Linheart talked Robinson into a trip to Seattle to meet Hendrix’ father, Al.

“I did my very first tribute to Hendrix at the Cotton Club in Seattle and Al came,” Robinson said. “And he cried. It was one of those things that I wanted to do, meet Al. His girlfriend became my manager and I moved in at the Hendrix house.”

Jimi-Jeff even has videos of he and Al Hendrix together. It was also in Seattle where Robinson met Warlock (Brian Mills, also known as Bigelow Culpepper), a musician who passed away in April 2011. He said he considered Warlock his musical soul mate.

“For 22 years Warlock and I worked together more on than off,” Robinson said. “I’ll always miss him.”

It was finally in Seattle where the musician would be dubbed Jimi-Jeff. He and his band eventually moved up to Vancouver and re-formed themselves as Jimi-Jeff & The Gypsy Band.

“That was the first time I had a manager, a photographer, booking agents and stuff like that,” he said. “But every story has an ending. At the time I had a bad drug habit.”

Eventually, Robinson decided to kick the drugs and move to the North Coast.

“I moved to Humboldt County in the spring of 1997,” he said. “I was married to a woman from Eureka and her youngest daughter came down with leukemia. She was hospitalized at UCSF, so we moved here where her family lived for support. It didn’t work out, but it introduced me to Humboldt County — which I knew in the beginning would be my last home. I love the people here, the music scene here is off the hook, and I really think I’ve found my place here.”

These days, Robinson rocks shows all over Humboldt and frequently. If one were to drop in and see him they might hear him doing his favorite cover, “Machine Gun” by Jimi Hendrix or his most-requested original, a blues number called “Anie Mae.” His Gypsy Band includes Robinson on guitar and vocals, Tim Klassen on bass and Robert “Wes” Conley on drums.

“We’re only a three-piece these days, but a very powerful three-piece!” 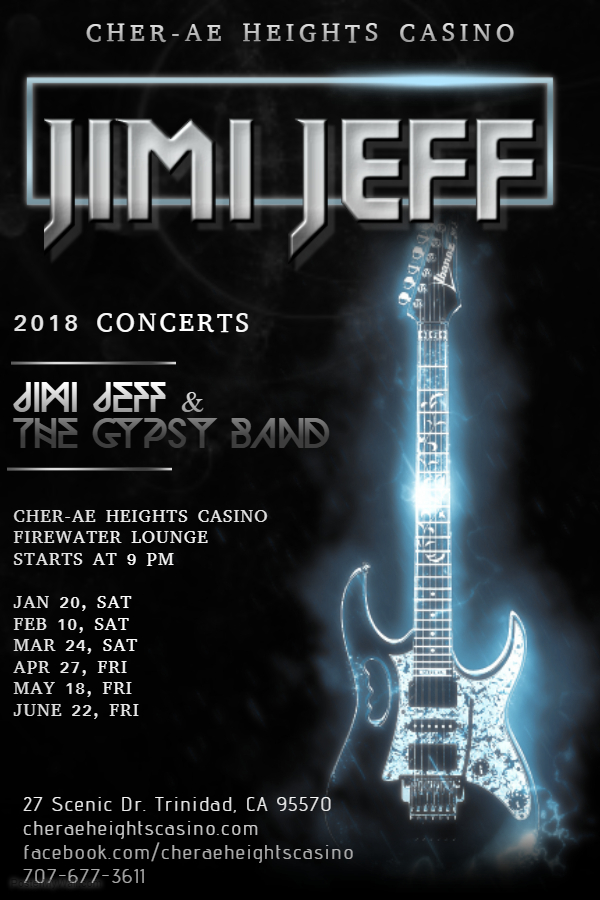 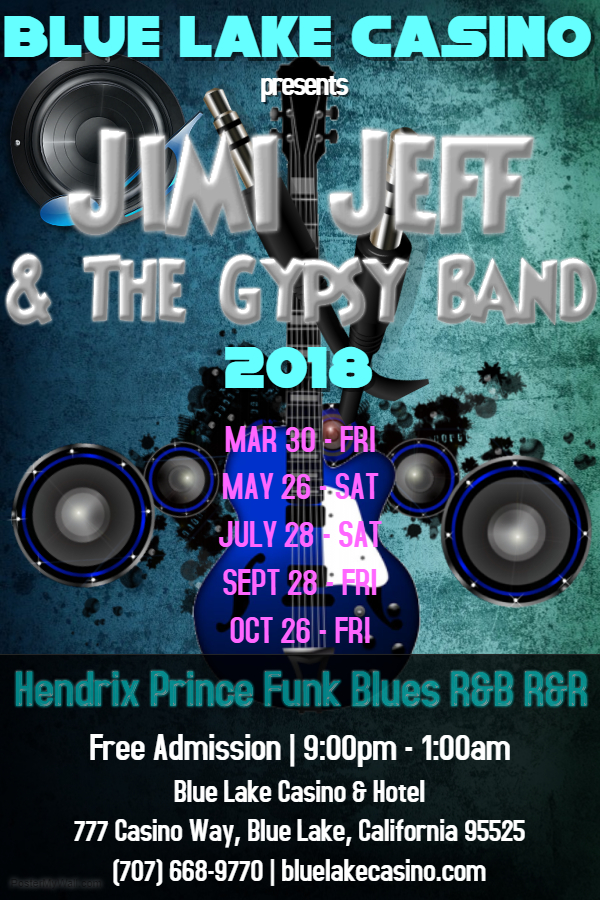